More than the House and its Interiors; The Grounds of the Biltmore Estate

IFDA-New England Board Member, President Elect for 2014 and working on Special Projects for 2013 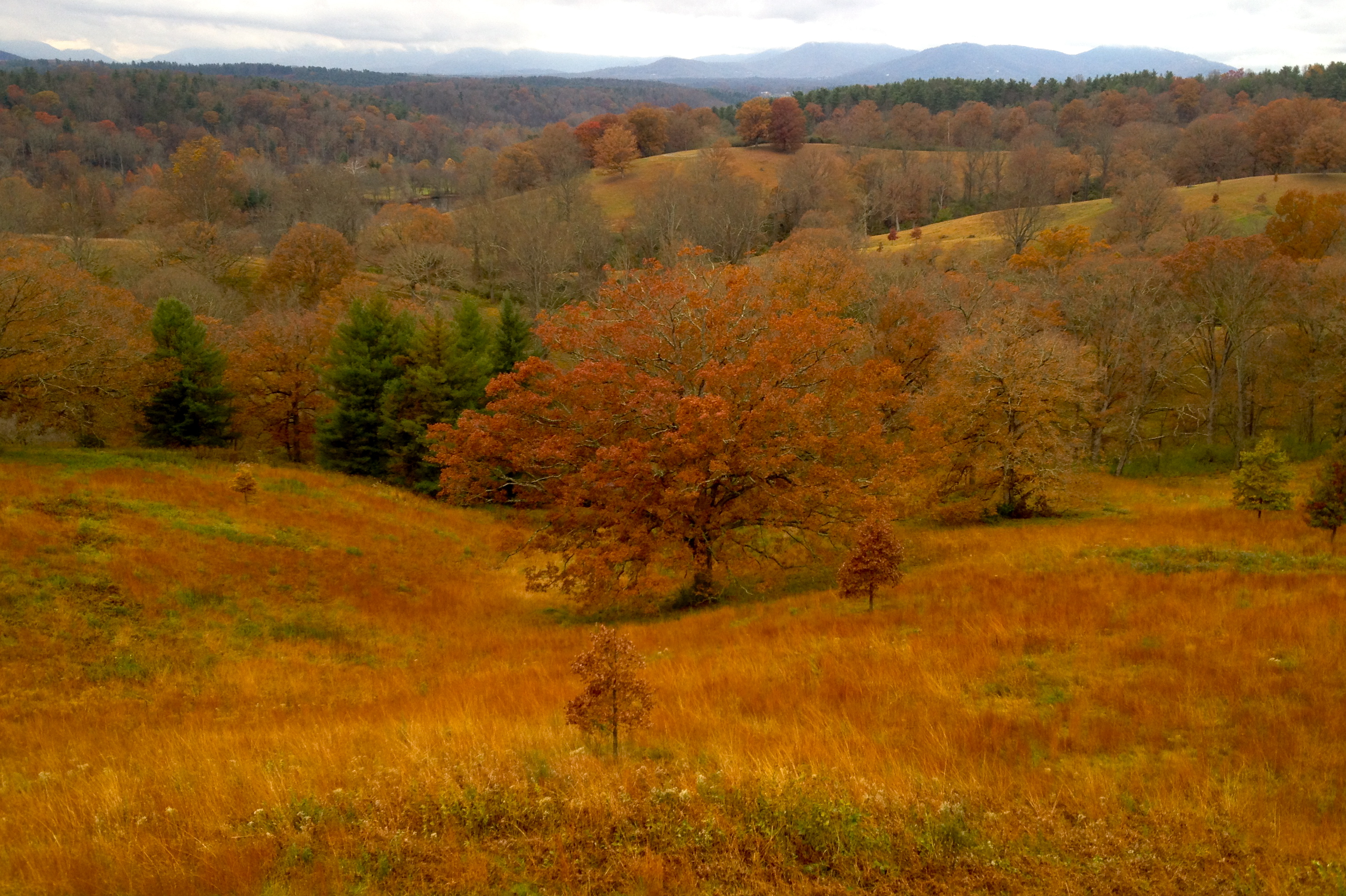 My husband, Bill and I visited the Vanderbilts” Biltmore Estate last November.  I wrote about the house and its interiors in a previous post; here are some of my own photos along with other images, showing the magnificent grounds and gardens at different times of the year.

The Biltmore Estate, Italian Garden, Arboretum in the Fall
biltmore.com

More from the Arboretum (from the Shrub and Spring Garden areas):

From http://www.fredericklawolmsted.com/biltmore.html: “The final touch that Olmsted added was a lake, called Bass Pond. He added two islands in the lake to add to the scenic value. It also added a private place, which pleased Vanderbilt.”

Frederick Law Olmstead, the great American landscape architect, was the designer of the grounds, and determined the site for the house, as well.   Olmstead first visited the 120,000 acre site for the Biltmore in August of 1888, with George Vanderbilt, when Olmstead was 66 years old.  In Witold Rybczynski”s wonderful book, “A Clearing in the Distance: Frederick Law Olmstead and America in the 19th Century,” (http://www.witoldrybczynski.com/other-books/)  quoted Olmstead”s proposal to Vanderbilt of how to tackle the landscape of the immense estate (page 380): “”My advice would be to make a small park into which to look from your house; make a small pleasure ground and gardens; farm your river bottoms chiefly to keep and fatten livestock with a view to manure; and make the rest a forest, improving the existing roads and planting the old fields.””  Olmstead produced a 36-page report detailing the main landscape components of the estate.

A map of the gardens at the Biltmore is below;  as you can see there are a number of different gardens and trails and water features;  I will be highlighting just a few of the areas:

“The last great project that Olmsted was involved with was the laying out of George Vanderbilt”s 120,000 acre Biltmore Estate near Asheville North Carolina….”

“He stated that the land would be better suited to have a grand garden area close to the house, and have the majestic views beyond it with 80,000 acres of the land being turned into a grand Forest, which became the basis for the Pisgah National Forest. Olmsted also designed and built a 9 mile arboretum that wound from the house to the French Broad river and back up to the house….”

A small section of the three-mile approach road to the Biltmore Estate, including indigenous, as well as more exotic plant varieties:

The Italian Garden, with three reflecting pools is to the left of the house, when you approach it from the front.

Some summer images of the Italian Garden:

Painting by Richard Oversmith of the Italian Gardens, Biltmore
http://richardoversmith.com

Images of the Walled Garden and the Conservatory (closer to the house are the Italian Gardens), taken in the 1950″s:

1950″s view of the interior of the Walled Garden and Conservatory
http://scholar.lib.vt.edu/ejournals/JARS/v13n1/v13n1-nisbet.htm

Recent summer images of the Walled Garden”s plantings, with the Conservatory seen in the distance:

November images from the Walled Garden:

Conservatory, during the summer…
http://mycarolinakitchen.blogspot.com/2011_08_01_archive.html

And inside the conservatory, during our trip in November, the staff had just “decorated” for Christmas:

Olmstead, in addition, encouraged Vanderbilt to consider managing the forested land, (from
http://www.biltmore.com/our_story/legacy/forestry.asp):

“”Much of the land that Vanderbilt purchased for Biltmore had been cleared for farming and timber. Olmsted prepared instructions and trained foremen to improve the existing patches of woodland by removing poorly formed and damaged trees, thus giving the best trees more room to grow. He also began reforesting eroded and worn out farmland and by 1891 had planted 300 acres with white pine. He carefully documented his work, writing a report in 1889 titled, Project of Operations for Improving the Forest of Biltmore. This may be one of the earliest forest management prescriptions in the United States.”

Ultimately, the Vanderbilts couldn”t afford to maintain all the 100,000 acres of forest land;

View toward the French Broad River, behind the House
November, 2012
kdzdesigns.com

“…Edith Vanderbilt sold approximately 86,700 acres of the estate’s forested mountain land—known as Pisgah Forest—to the federal government on May 21, 1914, to form the beginning of Pisgah National Forest. In 1968, sixty-five hundred acres of Pisgah was designated as The Cradle of Forestry in America by an act of Congress and thousands now visit the restored Biltmore Forest School campus annually.” (biltmore.com)

View toward the French Broad River, behind the House
November, 2012
kdzdesigns.com 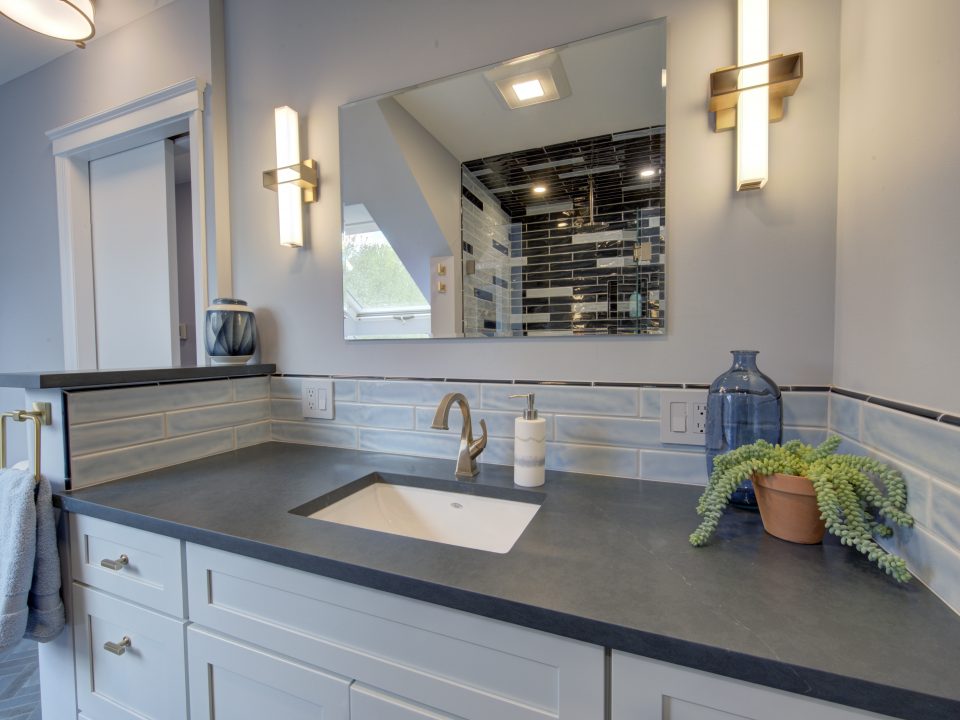 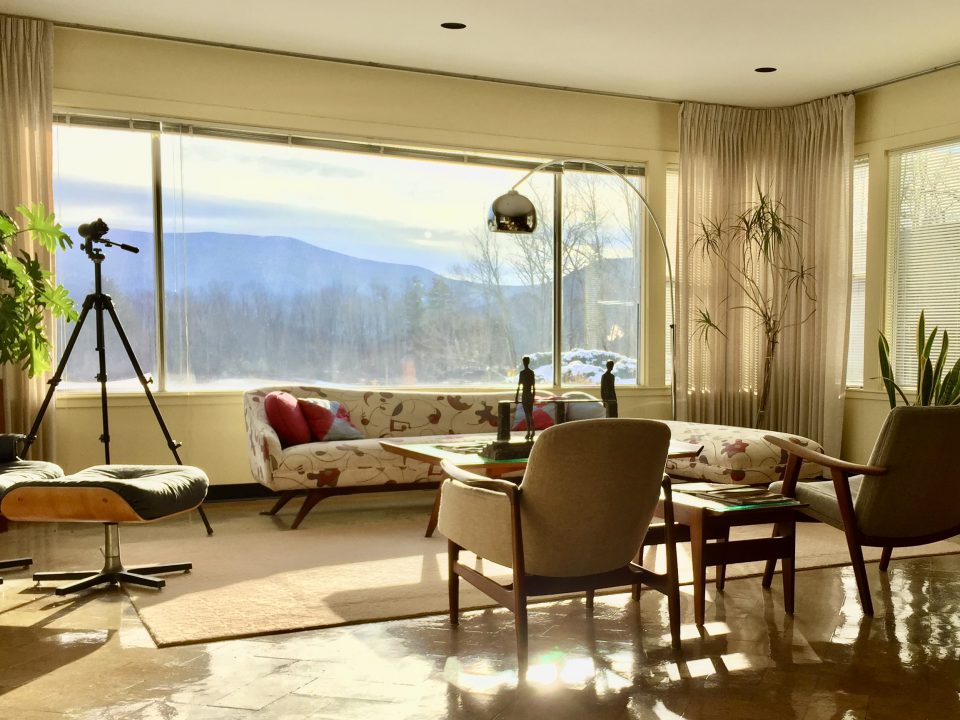 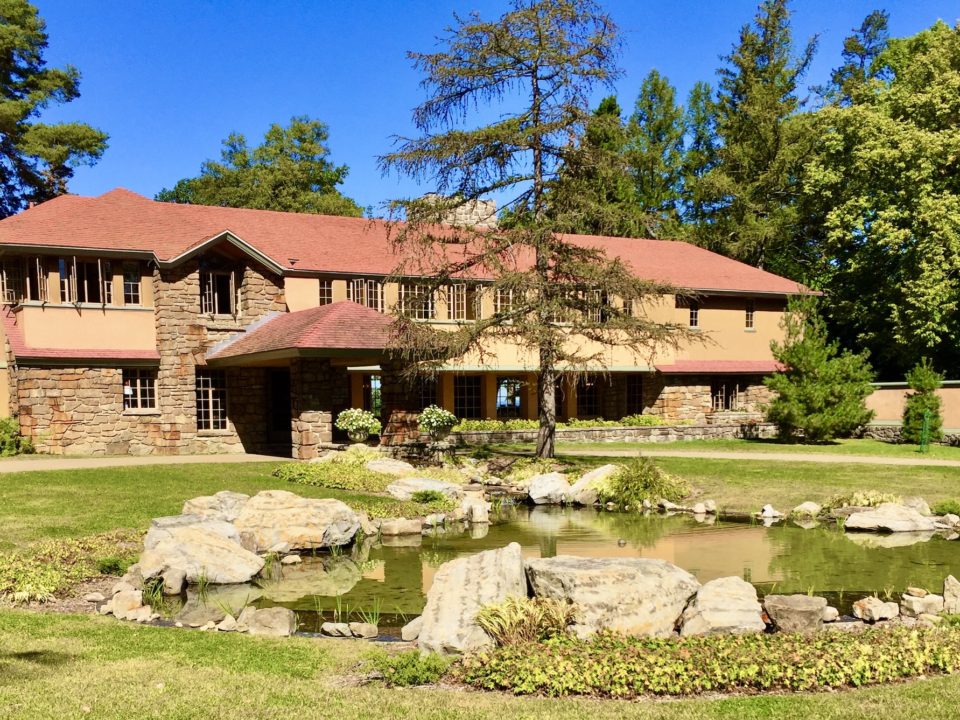